RUSSIAN
October 20, 2021
Technical Seminar "Measurement of labor migration using administrative data, through population censuses and sample household surveys"
The United Nations Population Fund (UNFPA) program, supported by the government of the Russian Federation, aims to improve the collection, analysis and use of population data for evidence-based policy development in the CIS countries.

The aim of the project is to provide better data and evidence base for policymaking in the CIS countries by improving methods of collecting, analyzing and
using population data.
ABOUT PROJECT

More about the project
CISPop: Better Data for Better Policies
A UNFPA PROGRAMME SUPPORTED BY THE RUSSIAN FEDERATION TO STRENGTHEN POPULATION DATA COLLECTION, ANALYSIS AND UTILIZATION FOR EVIDENCE-BASED POLICY-MAKING IN THE CIS REGION

POPULATION DATA AND POLICYMAKING
Robust statistical systems to collect, analyse and utilize population data are essential for creating policies that enable societies to thrive in the face of the demographic trends being experienced in the countries of the Commonwealth of Independent States (CIS).

After the dissolution of the USSR, the all-Union centralized statistical system ceased to exist. As a result, in many countries of the former USSR, problems arose related to the national potential in the field of statistics, public perception of the role of population data in national development processes and, accordingly, the collection, analysis and utilisation of such data in the formation of national policy.

To strengthen such systems in the CIS region, UNFPA’s Regional Office for Eastern Europe and Central Asia and the Russian Federation launched a three-year programme in 2019 to support policymakers in Armenia, Azerbaijan, Belarus, Kazakhstan, Kyrgyzstan, Moldova, Tajikistan, Turkmenistan and Uzbekistan.

The USD $4 million programme builds on previous close collaborations by UNFPA and the Russian Federation, including an already-completed project in Belarus to boost national capacity to use demographic data in policy development and planning. A similar project is being implemented in Kyrgyzstan to prepare for the 2020/2021 population census and improve administrative data. A third national project is underway in Tajikistan, supporting the population census of 2020. The new regional programme aims to build upon and expand these models into a more regional approach, and to link regional population analysis to global dialogues on the Sustainable Development Goals (SDGs).

Key partners for implementing the programme are the Federal State Statistics Service (RosStat), the Interstate Statistical Committee of the CIS (CISStat), the Higher School of Economics, the Institute for Demographic Research of the Russian Academy of Science, the Charles University along with a range of other academic institutions, the United Nations Economic Commission for Europe (UNECE) and the United Nations Statistical Division (UNSD).


Objective 1. Supporting the 2020 round of Population and Housing Censuses according to international standards
In most developing countries, censuses are the only reliable source of data on the size and spatial distribution of the population and its characteristics. By providing technical assistance and capacity-building, the programme aims to ensure that every CIS member state is able to conduct a national Population and Housing Census that meets international standards, with the data acquired made accessible in an open and timely manner.

Objective 2. Improving the analysis and utilization of population data
This two-pronged objective aims to strengthen national and subnational capacities to regularly update population projections while encouraging a more in-depth utilization of census results that is linked to social and economic outcomes. By integrating population dynamics into macroeconomic analysis, National Transfer Accounts (NTA) studies can assess the impacts of various policy options – such as birth incentives or pension reforms – on the national economy as well as on the wellbeing of individuals. The project aims to establish a regional “centre of excellence,” the first in Eastern Europe and Central Asia for Russian-speaking countries, which would undertake NTA studies and help introduce the methodology in the CIS region while also fostering exchange of experiences with similar entities around the world.

Objective 3: Enhancing the regional dialogue and knowledge exchange on population data and development of evidencebased population policies
By highlighting at the regional level the experiences, lessons learned and good practices derived from country-level interventions, the programme aims to illustrate the importance of data collection, dissemination and analysis, and to initiate dialogue on addressing identified population trends. In order to facilitate knowledge exchange between entities in the CIS region and those from outside the region, UNFPA and the Russian Federation will co-host regional conferences on population and development as well as a technical working meeting for CIS Statistical Offices. To the same end, they will also develop effective communications materials, translate key international manuals and guidance documents into the Russian language, and advance the CIS regional perspective at international conferences, UN events and other forums.


Objective 4. Enhancing national capacities of CIS member states on sociodemographic knowledge and its application for meeting the Sustainable Development Goals
Ninety-three of the 230 SDG indicators depend on population data, and National Statistical Offices face daunting tasks in monitoring progress towards the various SDGs and Targets. The programme is expected to significantly enhance the availability, quality and timeliness of key components of SDG indicators related to population and development, particularly in the areas of youth, ageing, and gender statistics. UNFPA’s network of academic institutions will be mobilized to implement a capacity-strengthening programme on measuring population-based SDG indicators.

KEY EXPECTED RESULTS
Census operations carried out in line with international standards in the countries supported by the project.

Regional network of practitioners established that conduct regular population and macroeconomic projections, with a positive impact on national development planning.

On October 20, 2021, the Russian Federation Federal State Statistics Service together with the United Nations Population Fund (UNFPA) and the International Center for Statistical Expertise "Centrostat" conducts an online training seminar on migration statistics for experts from the Commonwealth of Independent States.

In recent decades, labor migration has accounted for the majority of migration in the CIS countries. Despite its significant scale and great importance for the economic and social spheres of the receiving and sending countries, the situation around the statistics of labor migration remains unfavorable.

The objective of the seminar is to consider, with specific examples, the practice of conducting labor migration statistics on the basis of administrative sources and household surveys, both general topics and specialized ones. In addition, within the framework of the seminar, participants will be given the opportunity to break into groups and discuss which labor migration data is required to make managerial decisions in receiving and sending countries, and to what extent national needs for such data can be met in modern conditions.

Employees of national statistical services and departments from CIS countries collecting data on labor migration or foreign workers (migration services, tax services, ministries of labor and employment, etc.) are invited to participate in the seminar. At the end of the event, participants will receive personalized online certificates.

The event is organized in the format of a video conference. The number of participants is limited. Working language: Russian.

The registration is closed. You are welcome to join live stream on our YouTube.

On June, 22, 2021 the Federal State Statistics Service together with the United Nations Population Fund and the International Center for Statistical Expertise ‘Centrostat’ conducts the online Regional Seminar on Migration Statistics for CIS countries.

The agenda covers such issues as measuring migration through population censuses 2020, revision of methodology of data collection and analyses, statistics harmonization and dissemination, review of international migration data bases, and statistics on labor migration and remittances.

The keynote international and national speakers are invited to make brief reports during the session, namely from OECD, UNECE, the World Bank, IOM, UNHCR, UNDESA.

The online event is organized as the series of presentations followed by round tables to discuss international and regional best practices.

Materials of the seminar: More detailed 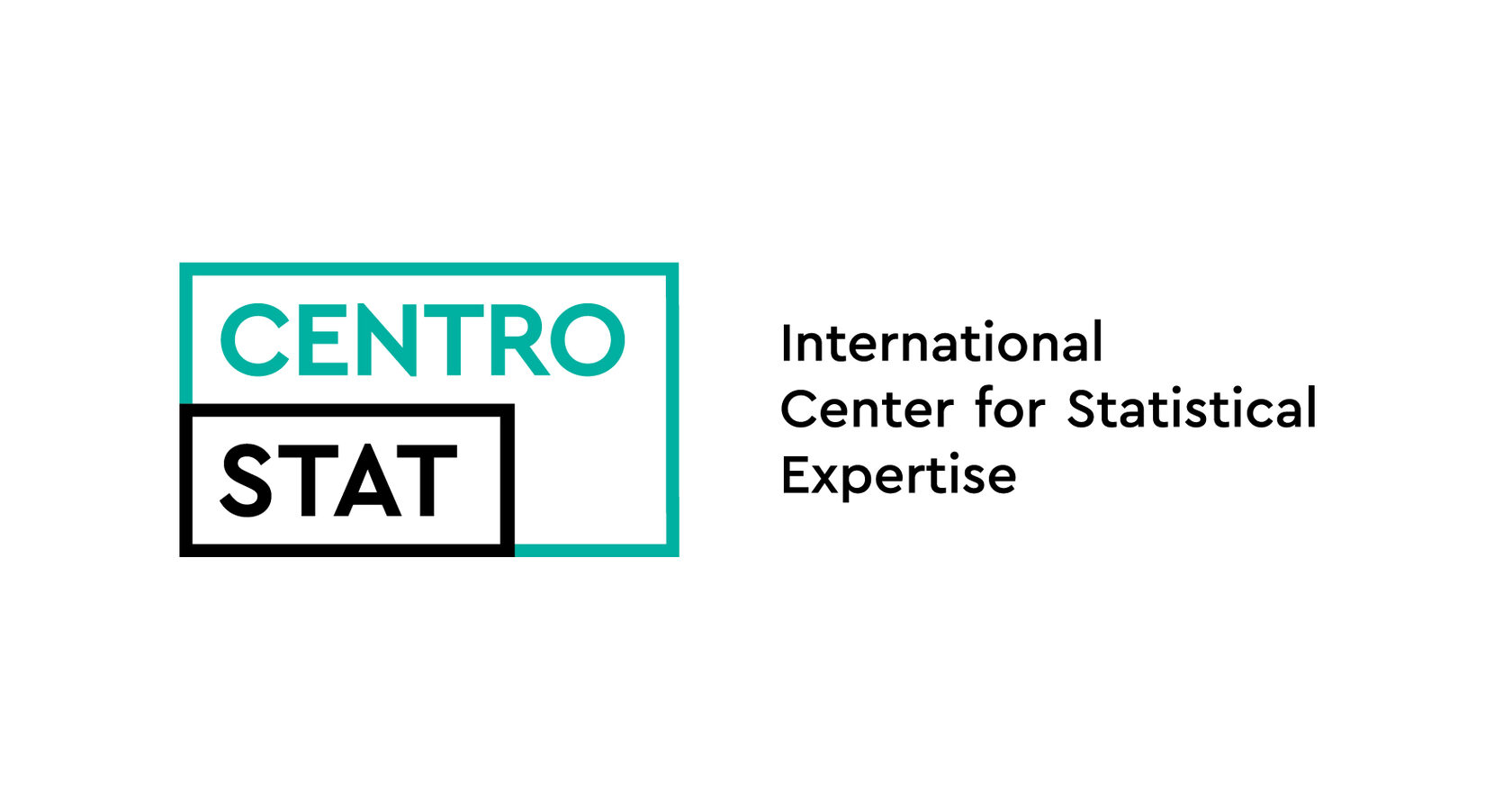